You are here: HomenextNew contributionsnextProgress on the Hastings Farmhouse Restoration Project 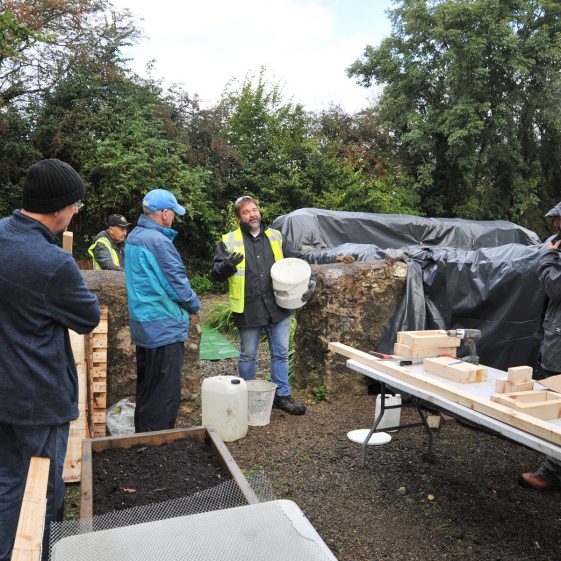 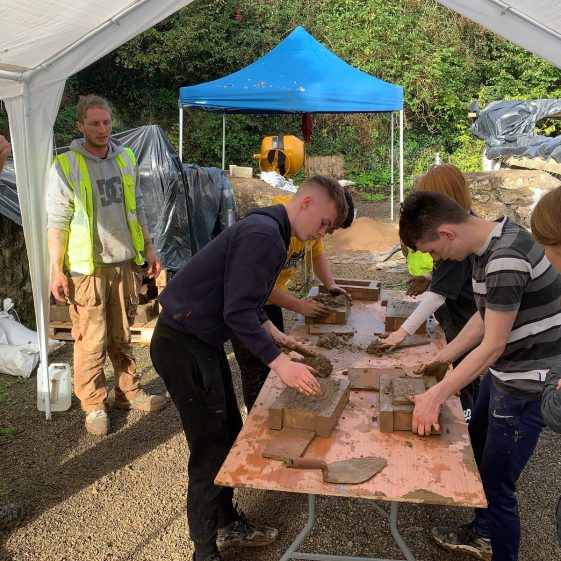 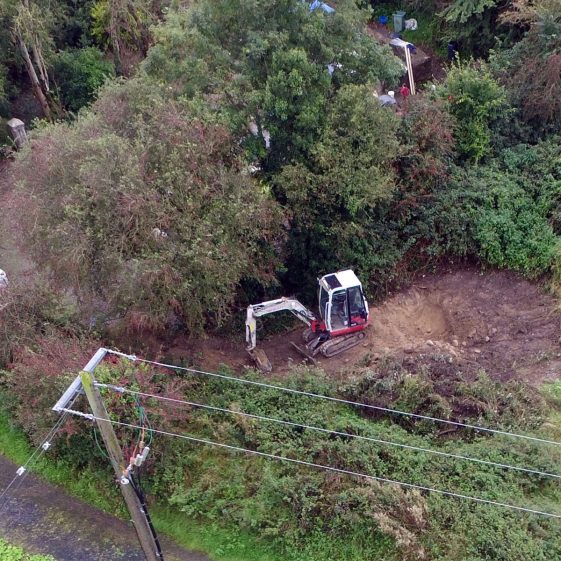 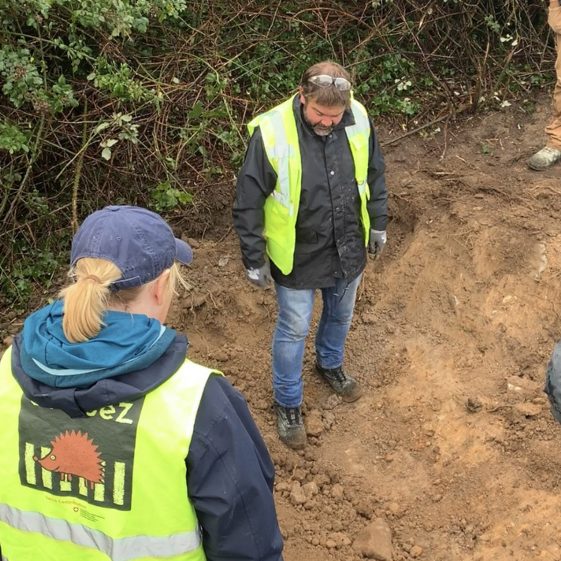 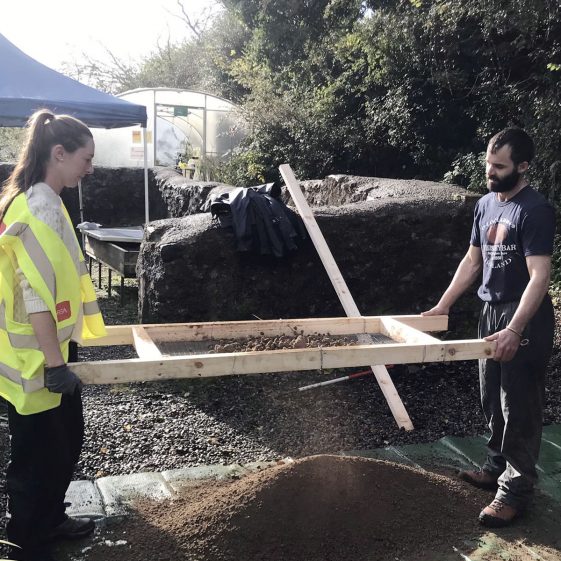 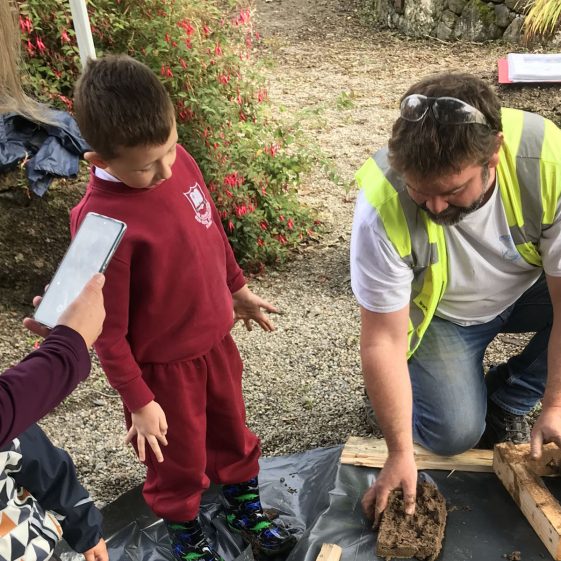 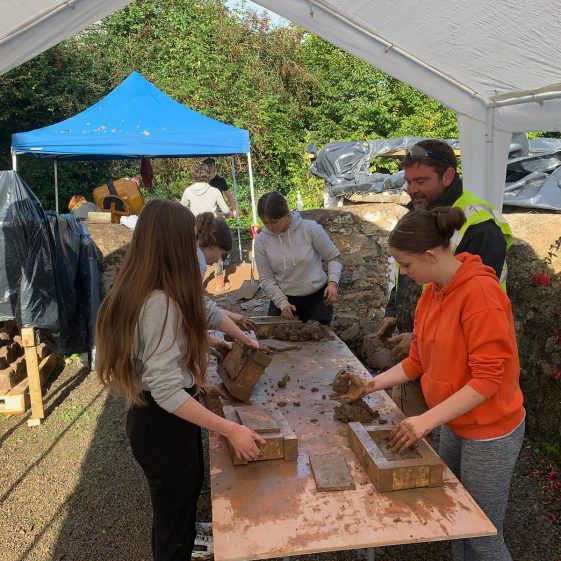 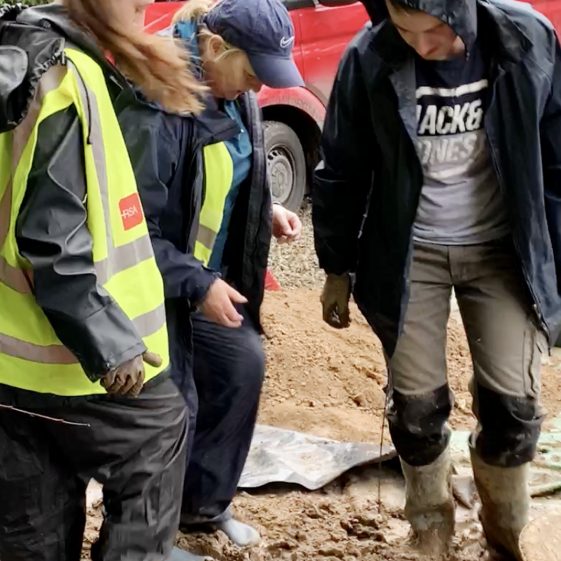 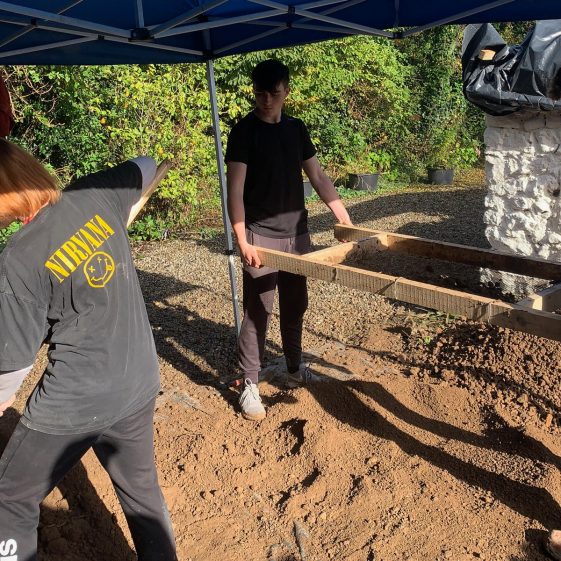 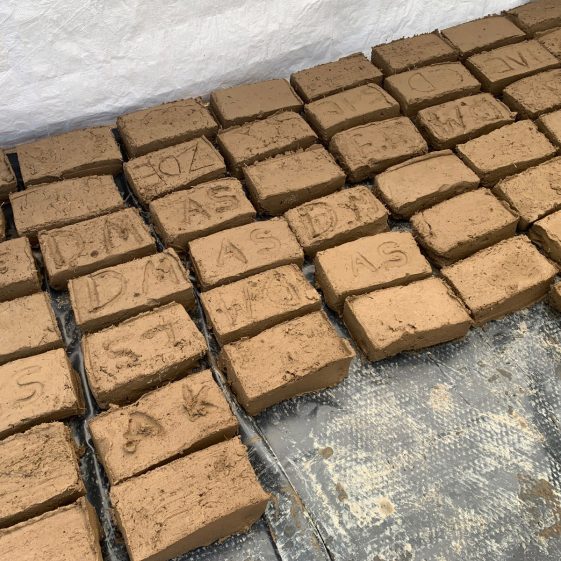 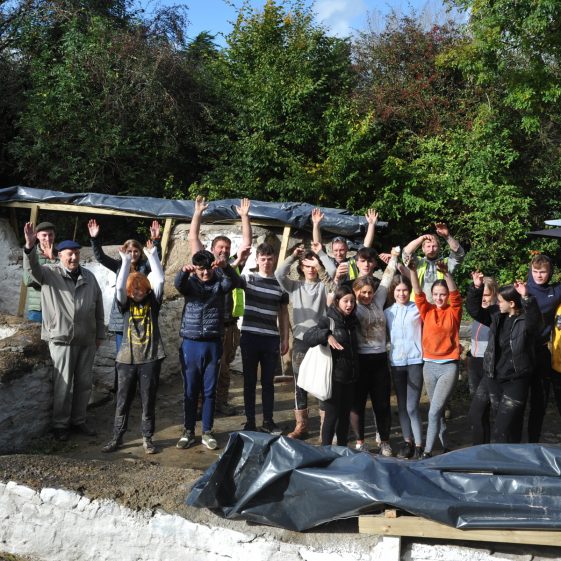 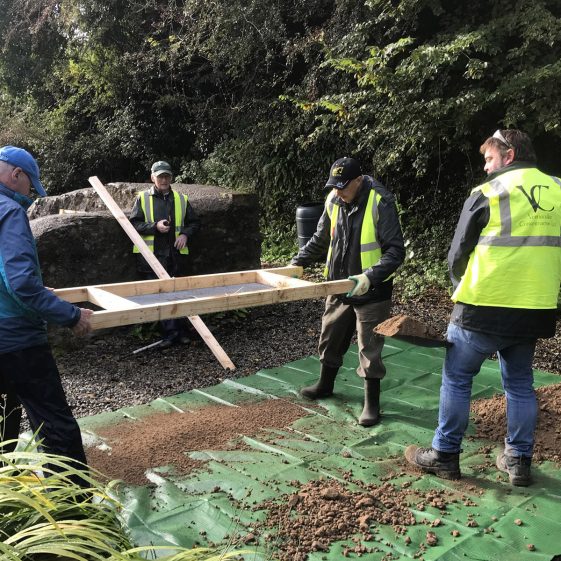 The plan by Dúchas na Sionna to restore Hastings Farmhouse is once again moving forward. Over the past year and a half due to the Covid pandemic, there was very little progress, however in the past few months, the project is moving forward again.

A conservation plan has been commissioned by Clare County Council and is due to be completed very soon. A feasibility report is also under way and is also due to be published. A soil analysis has been carried out to verify where the clay used in the original came from, and as had been anticipated, it was confirmed that the samples taken from the cutaway edge of the hill contained clay with identical properties.

Sections of the building which was conserved in 2012 were showing signs of damage due to water ingress in the past few years, and had been covered with  plastic sheeting on a wooden frame to prevent further deterioration.  This year funding was  secured to carry out repair work, and this consolidation work is now being carried out by Vernacular Conservation Ltd.

From the outset, the vision for the restoration project was that it would incorporate a training element and community involvement. Even though the major restoration project is still some way off, the repair and consolidation project now under way has benefited from two days of community involvement already. On October 4th, the clay to be used in the job was excavated adjacent to the site and the process of making mud bricks was undertaken with the help of fifteen volunteers. They mixed the clay, sand and water ingredients in the traditional way by stamping on it, similar to the traditional wine making technique! Then they participated in the brick making process and the first batch of cob or mud bricks were produced and left to dry.

Two weeks later, transition students from St Patrick’s Comprehensive School took part in a similar exercise, under the tutelage of Eoin Madigan, who explained about the properties of cob, the sustainability aspects, the durability of the material and the process of building a house with mud, highlighting that the original house had stood for at least one hundred and thirty years before it was vandalized.The students were hugely enthusiastic, produced a great quantity of high quality bricks and had a thoroughly enjoyable time. Dúchas na Sionna are very grateful to the students, their teacher Siobhán Hickey and to the principal of the school Mary Costello. It is intended to invite other schools to participate in the project in due course.

Dúchas na Sionna would like to acknowledge the financial support received from The Heritage Council, Clare County Council and Shannon Municipal District to enable the consolidation repairs to be undertaken.