You are here: HomenextNew contributionsnextThe capture of Brigadier General Lucas

The capture of Brigadier General Lucas

Brigadier General Cuthbert Henry Tindall Lucas arrived in Ireland on 1st November 1919 when he assumed command of the 16th Brigade at Fermoy Military Barracks. This was in the aftermath of an Irish Republican Army ambush at the Wesleyan Church in Fermoy in which a British soldier was killed. The killing precipitated a retaliatory riot from the military that saw many businesses and houses in the town damaged or destroyed and terrorised the inhabitants. 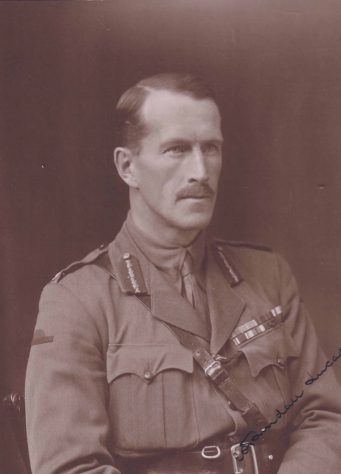 On 26th June 1920 the I.R.A. captured Brigadier General C.H.T. Lucas along with two colleagues, Colonels Tyrrell and Danford while they were on a fishing expedition on the River Blackwater outside of Fermoy, Co. Cork.  An escape attempt while the General and the other officers were being moved from the fishing lodge to a safe location resulted in the wounding of Colonel Danford.  It was decided to leave Colonel Tyrrell on the roadside to attend to the wounded officer while General Lucas and the rest of the raiding party continued their journey.

The operation was masterminded by Liam Lynch, Brigade Commandant of the Cork No. 2 Brigade and, the capturing party included Sean Moylan, Paddy Clancy and George Power, as well as a few volunteers.  They hoped that they could use the capture of General Lucas a a bargaining tool to negotiate a prisoner swap for a prisoner being held in Cork Jail.  However, the hoped for ‘swap’ never materialised and the I.R.A. and their captive were forced to go on the run. 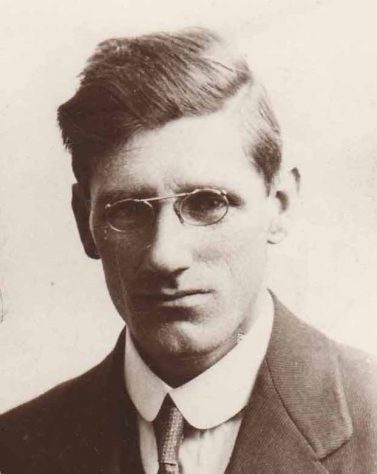 Despite their best efforts of the British Army, the I.R.A. with their prize captive managed to elude discovery.  Throughout the following month they moved the General from ‘safe-house’ to ‘safe-house’ throughout north Cork, west Limerick, south-east Clare and back to Limerick again.  At the end of that period, realising that keeping the General hidden was a major drain on their resources, and the fact that the units responsible for guarding him were forced to lie low to avoid attracting attention, the next course of action was to facilitate the ‘escape’ of the General.  In the words of Michael Brennan, commandant of the East Clare Brigade:

‘We took Lucas for long walks across country and I noted with satisfaction that he studied the  topography carefully from every hilltop.  Up to this we had always left a man outside his bedroom window at night and now when the room was on the ground floor, we withdrew this man.  At first nothing happened (he may have suspected a trap) but when we got up on the second morning our prisoner was gone.’

While the capture of General Lucas did not achieve the hoped-for outcome of securing freedom for an I.R.A. prisoner, it was a propaganda coup for the Irish rebels.  The British Army was hugely embarrassed at being outmaneuvered by the I.R.A. General Lucas later commented on the discipline and efficiency of the I.R.A. and for the first time the British authorities began to realise the organisational capabilities of the rebel army. A ballad about the affair was sung to the air of The Blarney Roses (See attached document).

An intriguing aspect to the story of the capture of General Lucas was the high regard that developed between him and his captors.  His guards found him to be a likable character and he found his captors to be ‘delighful people’.  Perhaps the single most important element that contributed to the high esteem with which General Lucas regarded his captors was that throughout his imprisonment and at great danger to themselves, the I.R.A. facilitated a daily exchange of correspondence between the General and his young wife who had given birth to their first child prematurely during the period of his captivity. The letters written by the General to his wife throughout this period survive in the Lucas Family archive and throughout he refers to how well he is being treated. Afterwards, when asked by a newpaper reporter about his period in captivity he said simply ‘I was treated as a gentleman by gentlemen’. 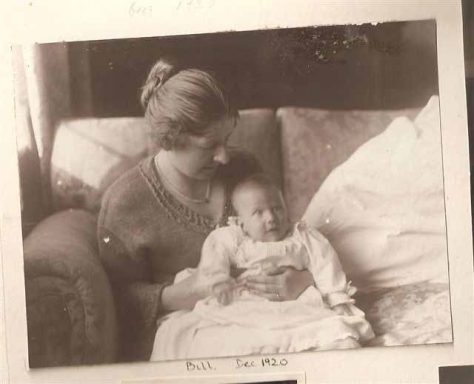 General Lucas spent a significant portion of his captivity in County Clare, held by the East Clare Brigade.  They crossed the Shannon Estuary from Ringmoylan Pier on the Limerick side of the river, arriving at the Clare side where the General was initially held at Hogan’s of Moyhill, and transferred by boat to Corbett’s House, Bunratty (today Bunratty Castle Hotel).  Subsequently, he was moved to Brennan’s of Clonmoney and from there to Hastings Farmhouse at Tullyvarraga where he spent perhaps two days.  When it became clear that the Tradaree area was about to be raided the General was moved quickly to Hartigan’s house at Doonass.

The General was used to activity and found his days long, but as well as writing to his wife and playing cards he amused himself by reading, the occasional game of tennis (when his accommodation offered this possibility) going for walks, drinking whisky (which Michael Brennan ‘hated like hell to pay for’), and even engaging in a spot of salmon poaching on the River Shannon while staying at Doonass.  Throughout the latter pursuit he was worried about being fount out by the bailiff only to be re-assured that one of his captors was the bailiff! It was almost certainly while at Hastings that the General helped with ‘saving hay’ an activity in which he asked to participate in order to get some exercise. Throughout his period of captivity General Lucas kept a secret war diary where he recorded his movements and some activities.

Secret diary kept by General Lucas during the period of his captivity. Lucas Family Archive

The capture and imprisonment of General Lucas is remembered locally.  The over-riding impression is that the General was well liked and many stories recount his skill at playing cards.

John Brennan of Clonmoney recalls hearing his father James talking of playing bridge with he General and in return taught him how to play the game of Forty-Five.  John’s father spoke of the speed and dexterity with which General Lucas dealt the cards despite having lost two fingers in an earlier accident.  A well-known photograph showing General Lucas seated with four of his captors including Michael Brennan O.C. of the East Care Brigade was taken at Brennan’s. 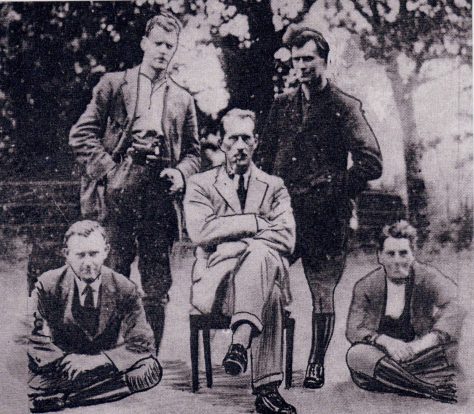 The most comprehensive account of all comes from Jack Hogan, born in 1922, whose father Tom Hogan was the first to hide General Lucas on the Clare side at his home in Moyhill.  Jack recounts hearing about how the exchange of letters between the General and his wife was organised.  His wife Nuala recalls speaking to Jack’s aunt who recounted that she was given the task of cycling to Limerick from Moyhill to buy the General a new jacket as he was still wearing the fishing clothes in which he was captured.

When the original conservation work was carried out on Hastings Farmhouse in 2012, Dúchas na Sionna was honoured when Ruth Wheeler, granddaughter of General Lucas, and Aideen Carroll, granddaughter of one of his captors, Sean Moylan, attended the Open Day ceremony.  Ruth and Aideen enthralled the assembled audience with their family reminiscences of the events surrounding the imprisonment of General Lucas in 1920. 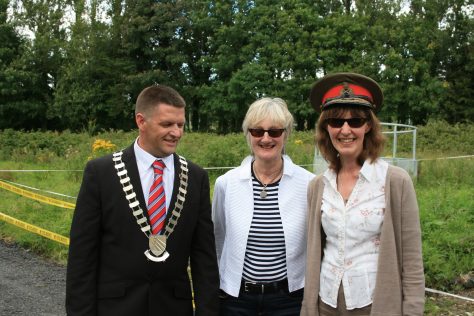 When Ruth had finished speaking Donal Keane (then aged 80), son of Joe Keane (one of General Lucas’s guards), bounded as well as he could up on to the platform to embrace her.  John Brennan, son of James Brennan (another guard) was present on the day also.  There was a palpable air of history having come full circle. 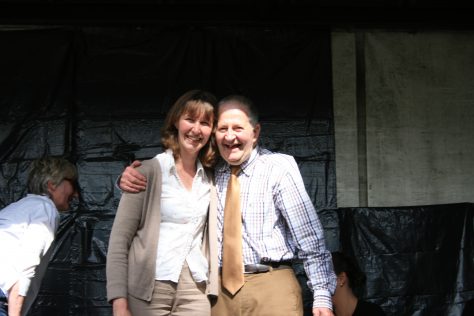 The story of the capture, imprisonment and ‘escape’ of General Lucas during the War of Independence provides a little light relief in what was otherwise a bitter and terrible struggle in our nation’s history.

Ballad which was sung to the air of The Blarney Roses (27 KB Microsoft Word document, opens in a new window)