You are here: HomenextPeoplenextSamuel Lewis describes Bunratty in 1837

Samuel Lewis published a hugely important work, A Topographical Dictionary of Ireland, in 1837. In this enormous two volume work with an accompanying atlas, we get a vivid picture of the state of villages and towns around Ireland at this time. Lewis used various official publications such as the 1831 census, the Taylor and Skinner Road maps and various trade directories and statistical survey material.

He describes Bunratty as a post town and parish, on the mail coach road.
Lewis’ historical account of the castle is incorrect and should be ignored but his observations about its condition in 1837 are interesting.

Till within the last few years it was the residence of T. de Clare Studdert, Esq., who has erected a handsome modern mansion in the demesne, and the old castle is now used as a constabulary barrack. It is a lofty and massive quadrangular structure, with a tower at each angle; the upper parts of the towers at each corner are connected by an arch; it still contains its old baronial hall unaltered, and, till deserted by the family, displayed a spacious and lofty banqueting room; the outworks and appendages were of great extent, as is evident from the vestiges that may still be traced.

The Studderts lived in rooms which were constructed within the North arch, the side that now accommodates the drawbridge. The police barrack occupied a three storey building which was constructed between the two towers at the west side, facing the present day Shannon Shamrock site. These two additions to the original castle are thought to have been carried by Donough the Fourth Earl of Thomond in the early seventeenth century.

Why was Bunratty important?

Bunratty had attained its importance from the occupation by the Anglo Normans and subsequently by the Earls of Thomond. The continuing strategic aspects of Bunratty are mentioned by Lewis According to him the anchorage off Quay Island called Bunratty Roads, is considered the best in the Shannon, and it is here that West India vessels discharge their cargo for Limerick. He tells us that fairs are held here on February 3rd, the second Tuesday before Easter, June 3rd, July 19th and October 20th. Seneschal’s courts are occasionally held for the recovery of small debts. He refers to the presence of a mail coach staging post (which later became the creamery and is now the Creamery Pub and Restaurant). This latter development was facilitated by the building of the first bridge at Bunratty in 1804. 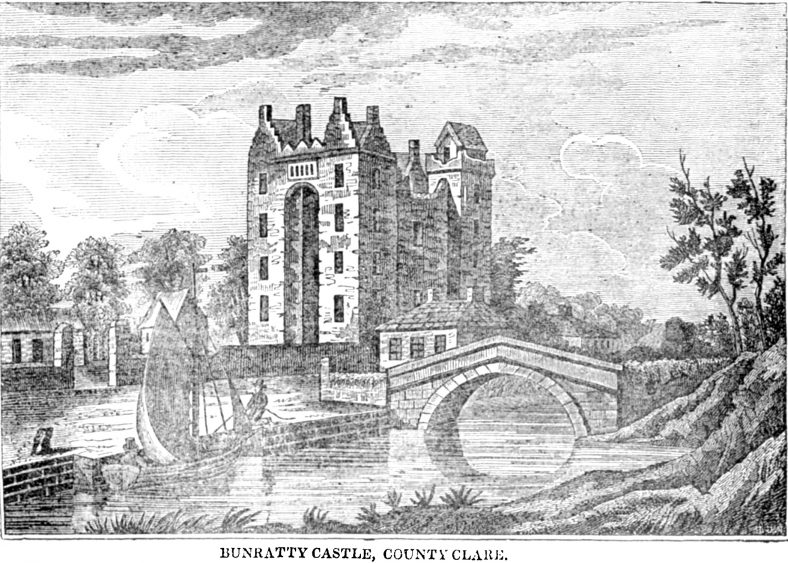 A handsome bridge of one arch was built over the river Ougernee by Mr Studdert who also constructed near it a commodious quay, which is about to be enlarged; boats of large size can come up to it. Considerable quantities of sea manure are landed here for the supply of the neighbourhood and turf is brought from Kilrush.

The bridge opened up a new more direct route from Limerick to Ennis; before this, the main route was via Cratloe to Sixmilebridge, with the option to also use the d’Esterre toll bridge at Rossmanagher. Of course the bridge at Bunratty too was a toll bridge, and the building known as Durty Nellies was until the 1960s known as The Pike. It was the turnpike building, occupied by the toll collector. 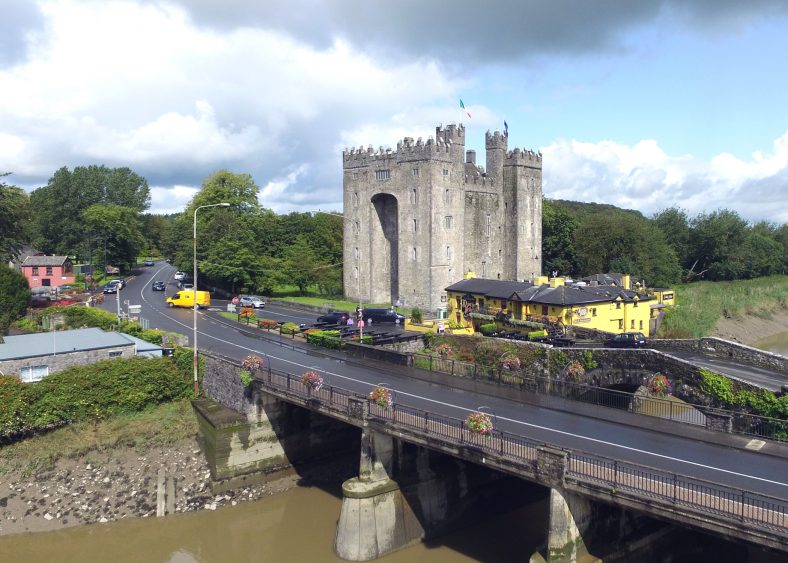 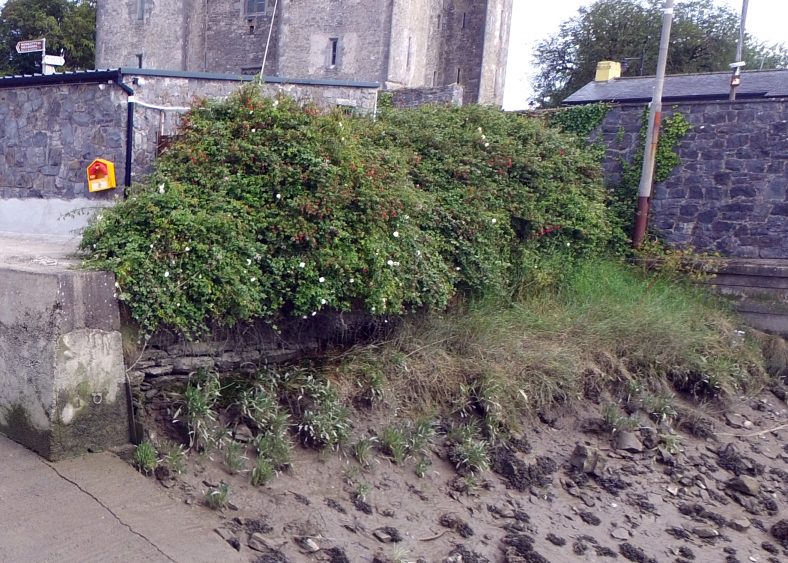