You are here: HomenextPlacesnextKilmaleary Graveyard

Kilmaleary was once a peculiarly shaped parish containing eleven townlands, one of the seven ancient parishes which have now been subsumed into the present day parishes of Newmarket on Fergus and Shannon. 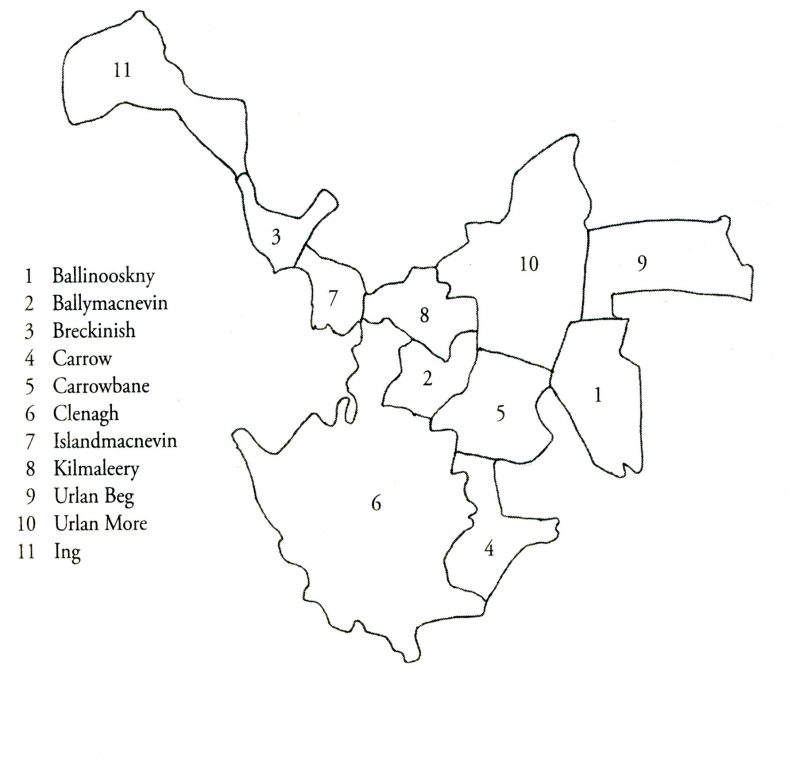 The Townlands of Kilmaleary Parish. Reuben Butler and Máire Ní Ghruagáin, The Story of Newmarket on Fergus

The graveyard is situated on an elevated site, with a panoramic view of the River Fergus Estuary. Very little is remaining of the original church building. However one of its distinguishing features is the quality of the finely sculpted headstones, two of which are recorded in these photographs. 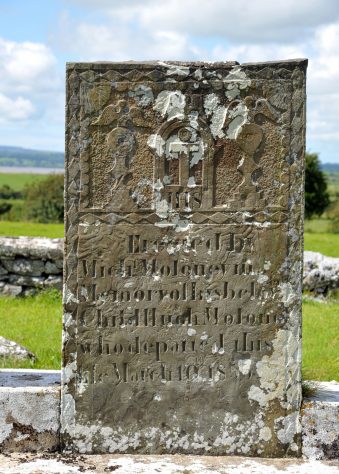 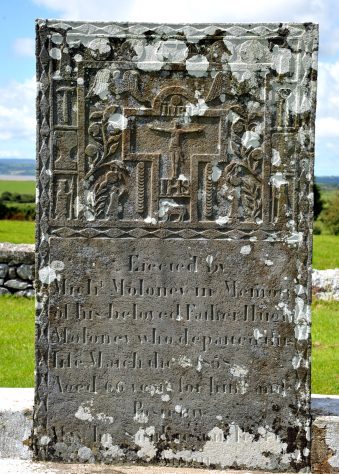 The graveyard continued in use though not as frequently as in the past. Many of the families who have graves in Kilmaleary have either died out or moved elsewhere. The elevated site poses its own difficulties for funerals, particularly in wet weather. The steep incline means that a hearse has to park about one hundred meters away, and it is not unusual for the services of a tractor and trailer to be needed for the last part of the final journey.

Reuben Butler and Máire Ní Ghruagáin, The Story of Newmarket on Fergus. (Dublin,2015)

James Frost, The History and Topography of the County of Clare, ( Co. Clare, reprint 1997)