Before the days of refrigeration, milk and cream needed to be consumed while fresh, within a day in warm weather, perhaps two to three in cold winter conditions. The shelf life of cream could be greatly extended by adding at least half its weight in sugar and then sealing tightly. The product was marketed as ‘Sweet Cream’. 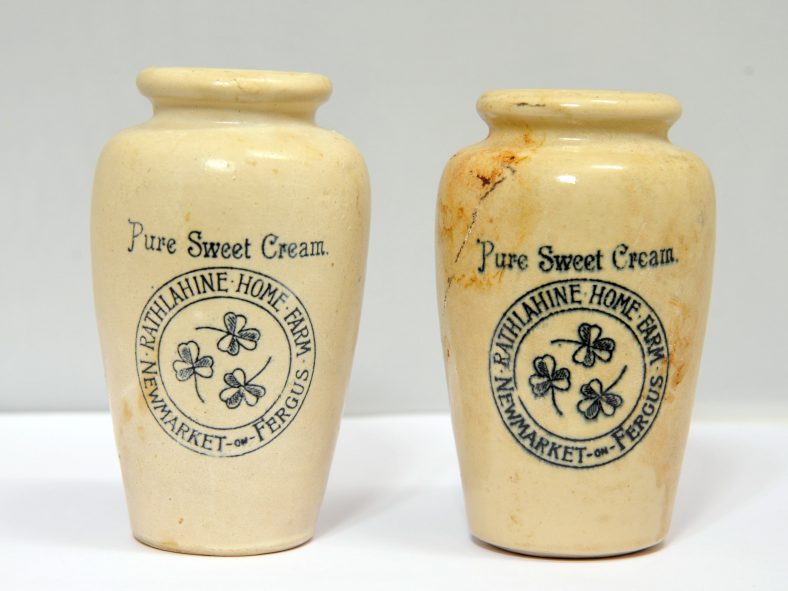 The two cream jars shown here come from the dairy of Rathlahine Farm, operated by the Stoney Family throughout the later part of the nineteenth century till about 1920.  Mrs Stoney’s name was formerly Lucy Vandeleur, whose grandfather John Scott Vaddeleur set up the Ralahine Commune in 1831. The precise date of these jars is unknown but it is likely that they date from the post commune era.

The writer would like to thank Freddie Burke for loaning the jars for this contribution.