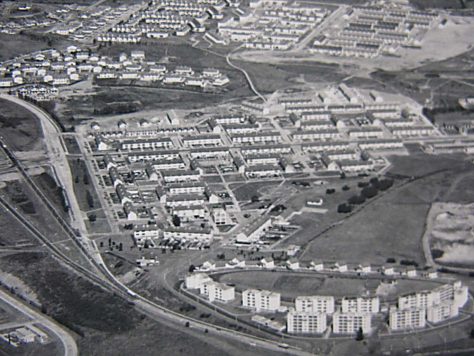 Shannon was Ireland’s first planned town of the twentieth century.  In 1960 one hundred and thirty-six flats and ten houses were built on Drumgeely Hill at the edge of the international airport and new industrial estate beside the Shannon Estuary. They provided the first accommodation for the executives and workers at the nearby industrial complex.  The industrial estate was planned as the world’s first customs free zone situated within an airport complex and provided advanced factories with the purpose of attracting foreign multi-national companies to set up operation at Shannon. 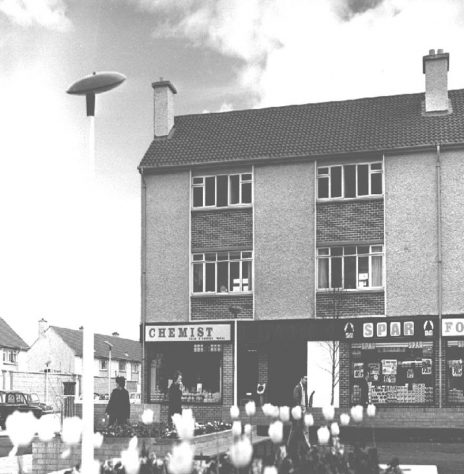 The result was that the earliest community at Shannon was uniquely cosmopolitan in an Irish context as executives and technicians arrived from abroad with their families to begin start-up operations for the new companies.  The first school, housed in a room of the Community Hall, included English, South African, German Swiss, Dutch and American children.  Irish children were in the minority.

From those pioneering days Shannon has developed into the second biggest town in County Clare with a population of almost 10,000.  As it has grown and matured it has sought to establish its identity as a modern Irish town.

In 2010 Shannon reached its 50th birthday. In acknowledgement of this milestone and aware of the unique history of the town Dúchas na Sionna initiated a social history project to record the memories of some of the earliest residents of the town.  The project was launched in April 2011 and over the next three years more than forty residents who had come to the town in the early days were interviewed and recorded. All of the recordings were fully transcribed. In addition a questionnaire was delivered to every house in Shannon and people were invited to return the completed form to designated areas in Seán Lemass Library, the Leisure Centre and Skycourt.  The questionnaire was designed to elicit people’s experiences of living in the new town in the early days; what they liked about it, what they didn’t like and what influenced their decision to stay. The final report, published in 2014 with the title ‘Shannon – Between Old World and New World’ is a distillation of the accounts told by those early residents through recordings, letters and responses to the questionnaire. Many people donated photographs and other memorabilia of the early days of the town’s existence. 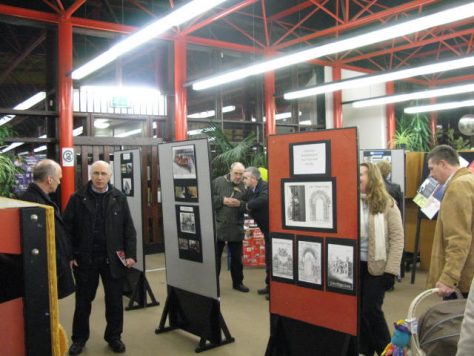 The Story so far…

Of course this is just a snapshot of the story as told by those people who were interviewed or who wrote in letter form.  There are of course many more stories to be told of life in Shannon in the early days and up to the present day.  We hope you will see this website as a medium for recording and sharing your experiences of living in Ireland’s newest town through clicking the contribute button.