You are here: HomenextPlacesnextClonloghan Graveyard 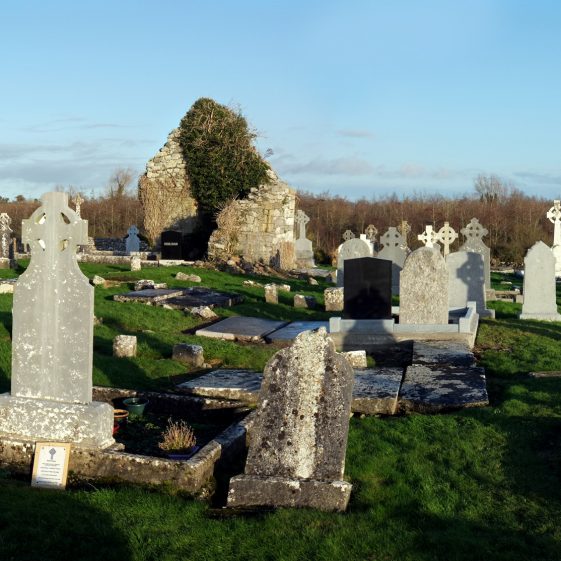 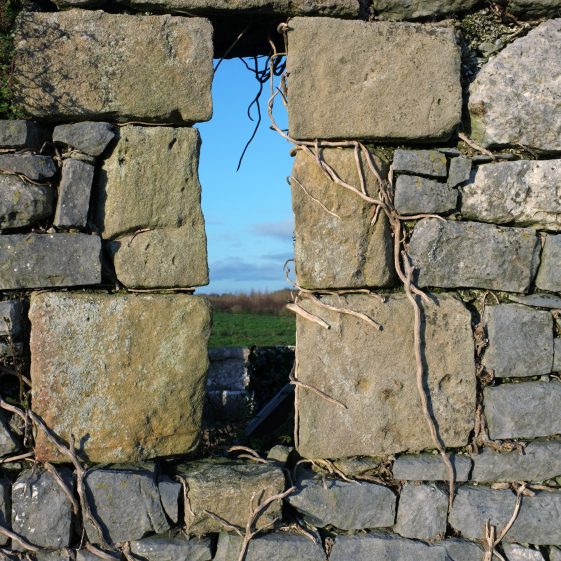 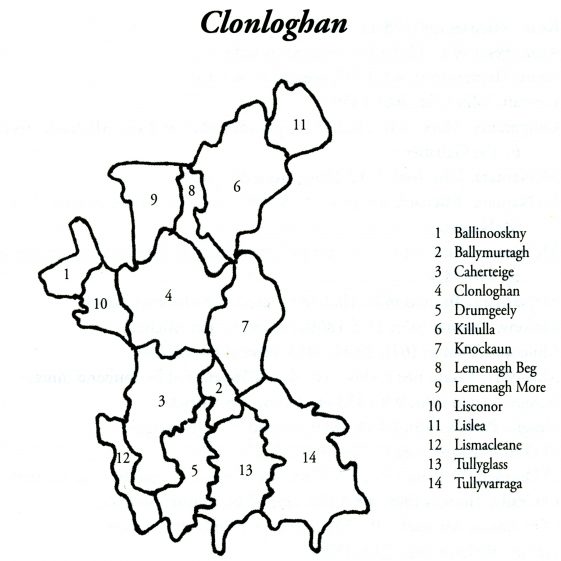 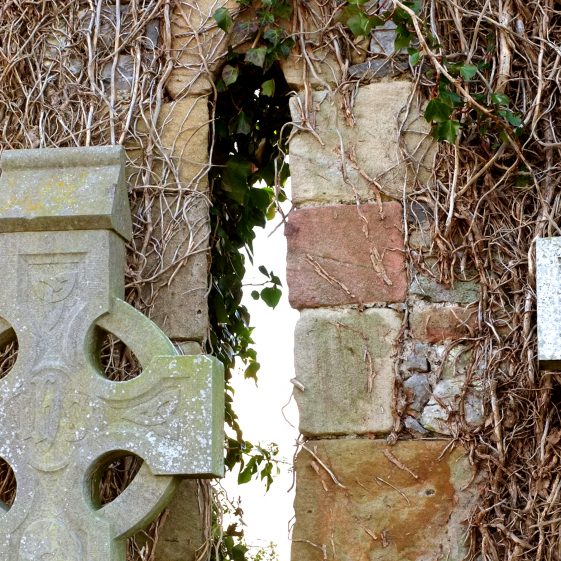 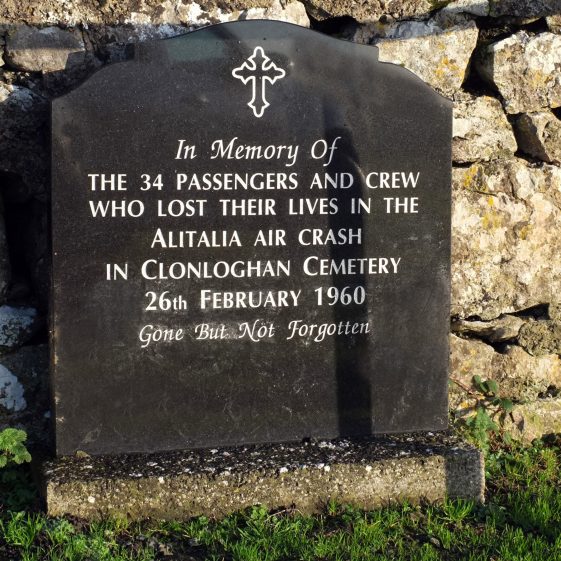 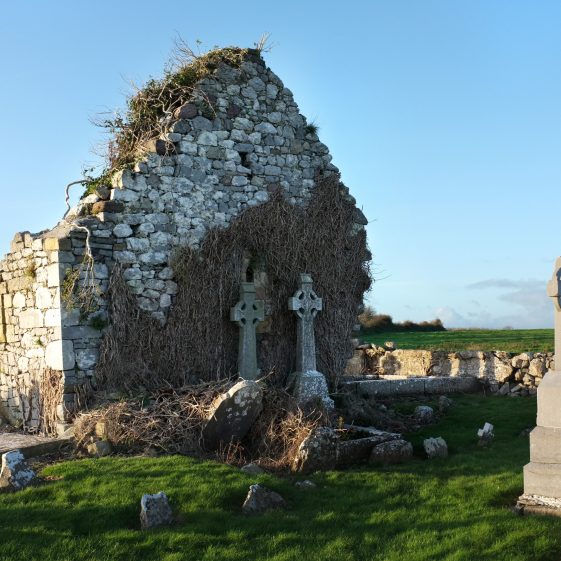 Clonloghan was once one of the seven medieval parishes which subsumed into the Parish of Newmarket on Fergus in the late eighteenth century. The parish of Clonloghan was made up of fourteen townlands which can be seen on the map. This map is from the book, The Story of Newmarket on Fergus by Reuben Butler and Máire Ní Ghruagáin, copies of which may still be available through the Parish Office in Newmarket.

The Graveyard is situated on an elevated site on the right of the Shannon – Newmarket on Fergus road. Like most of the rural graveyards, it is very crowded with graves, in a rather haphazard order. The church seems to date from the tenth century, before the parish structures were initiated. A survey of the site was carried out by Dúchas na Sionna in 2006 and can be accessed here.

A survey of headstones can be accesses on the Clare County library website here.

On of the unusual customs associated with the graveyard is that of carrying the coffin into the adjoining field, leaving it down on the surface and then picking it up again onto the shoulders and carrying it to the grave, a difficult task and not for the fainthearted! So what is the basis for this custom? The only plausible explanation is that when there were wolves in the country, dropping the coffin onto the ground misled the wolves as to where the body was buried. So, centuries after the disappearance of wolves, the procedure still continues to this day at Clonloghan.

The graveyard was the scene of an especially tragic event in 1960 when an Alitalia DC8 aircraft departing from Shannon crashed in the field beside the graveyard with the loss of thirty four passengers and crew. The plane clipped the tops of headstones at the east end of the graveyard as it came down, before breaking up in the field beyond. A memorial plaque was erected by the graveyard committee to remember those who lost their lives.